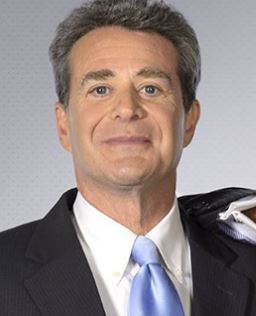 Attorney Peter Gorton is the principal owner of Lachman & Gorton, and an Of Counsel resource for Nixon Disability Law. He has been practicing law for 41 years. His primary practice is Social Security Disability which includes hearings before the Administrative Law Judges, but also appeals to the United States Federal District Court. In addition to Social Security Disability, Peter handles personal injury cases including car wrecks and construction accidents.

For many years, Lachman & Gorton represented lenders, but Peter changed the firm’s mission to represent individuals with disabilities as he found it more satisfying to help those in need.

“The most enjoyable work we do is working with those who have disabilities, that are denied their benefits from governmental agencies and bringing those cases before judges to get benefits for our client,” Peter says.

Peter received his undergraduate degree from St. Lawrence University in Canton, New York, and his law degree from Washington & Lee in Lexington, Virginia.

He has also been involved in the community and served on the board of directors of several organizations, most notably the Mental Health Association of the Southern Tier.

Choose a location to review

See all Reviews
Review Us

Thank you. Your submission has been sent.

An experienced law practice limited to Veterans Disability and Social Security Disability Law. Attorney Advertising. This website is designed for general information only. The information presented at this site should not be construed to be formal legal advice nor the formation of a lawyer/client relationship. [ Site Map ]

See our profile at Lawyers.com or Martindale.com